DIA DE LAS CERVEZAS TO HAUNT TOP OF THE MARKET 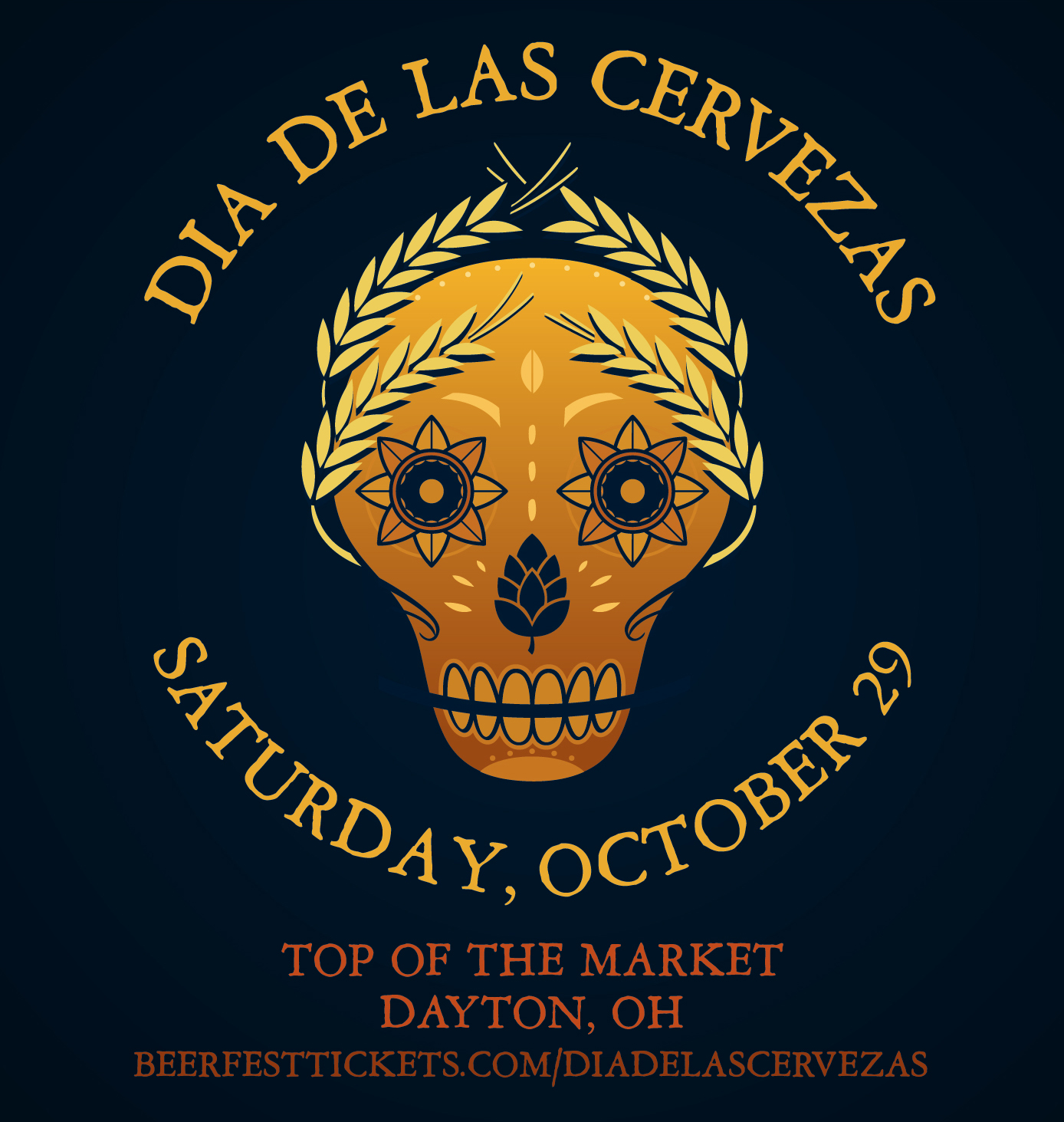 “The Dayton region’s craft beer boom and its embrace by residents has been exciting to witness,” said Mary MacDonald, Director of the Ohio Craft Brewers Association. “We’re thrilled to debut a new craft beer event, Dia de las Cervezas, here and hope that our fun-loving consumers will play along and arrive in Halloween attire to sample our breweries’ hauntingly delicious craft beer.”

Dia de las Cervezas takes place on Saturday, October 29, 2016 from 5:00 – 9:00 p.m. at Top of the Market in Dayton (32 Webster Street, Dayton, OH 45402). General admission tickets are $40 in advance ($50 at the door) and include a souvenir glass with 40 tasting tickets for 2 oz. samples. VIP tickets are $60 in advance ($75 at the door) and include the general admission benefits, early entry at 4:00 p.m. as well as access to a VIP members only section with food and beer. Designated Driver tickets are available for $20 each and includes a non-alcoholic beverage and a food voucher. The event is 21 and over with ID required for admission. Tickets are available online at www.beerfesttickets.com/diadelascervezas . Dia de las Cervezas is a fundraiser for the nonprofit Ohio Craft Brewers Association.

Founded in 2007, the Ohio Craft Brewers Association is a nonprofit guild that exists to promote and preserve Ohio’s unified craft brewing industry. We aspire to be recognized as the industry leader at both state and national levels for preserving the art of making high-quality, unique craft beer; to serve as the unified voice for craft brewers across the state; to advocate on behalf of the Ohio Craft beer industry; to contribute to systemic, local community development by driving economic and job growth, while creating experiences that bring people together; and to serve as a beacon for local production and manufacturing through craft beer, resulting in diverse choices for consumers.
Contact: Mary MacDonald, Executive Director
Ohio Craft Brewers Association
mary@ohiocraftbeer.org
614-403-1206