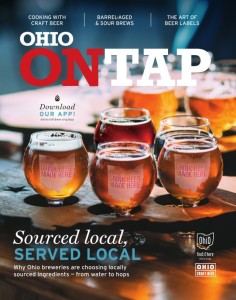 COLUMBUS, Ohio – The Ohio Craft Brewers Association released the fourth edition of Ohio On Tap, the annual guide to craft breweries across the Buckeye State. This year’s magazine contains listings for 144 breweries – up from 113 in 2016 – as well as articles covering the rise in popularity of barrel-aged and sour beers, locally-sourced ingredients and the art of beer labels. Ohio On Tap magazine is available for free at Ohio craft breweries and select retailers and visitors’ bureaus statewide starting Friday, July 14th. A digital version is also available at the Ohio Craft Brewers Association (OCBA) website:  http://ohiocraftbeer.org 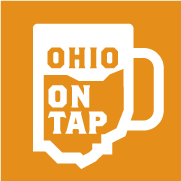 In addition to the magazine, OCBA has also developed a companion mobile app – also called Ohio On Tap – to keep an up-to-date listing of all OCBA-member breweries. The mobile app allows craft beer enthusiasts to find nearby breweries and get driving directions, check-in and rate Ohio beers, take and share photos with the Ohio On Tap photobooth and keep up on news and events hosted by Ohio craft breweries. The Ohio On Tap app also features a statewide brewery passport program: as users collect virtual passport stamps from Ohio breweries, they become eligible to collect prizes furnished by the OCBA. The Ohio On Tap app is available for free download for iPhone and Android devices at http://ohiocraftbeer.org/app

Founded in 2007, the Ohio Craft Brewers Association is a nonprofit guild that exists to promote and preserve Ohio’s unified craft brewing industry. We aspire to be recognized as the industry leader at both state and national levels for preserving the art of making high-quality, unique craft beer; to serve as the unified voice for craft brewers across the state; to advocate on behalf of the Ohio craft beer industry; to contribute to systemic, local community development by driving economic and job growth, while creating experiences that bring people together; and to serve as a beacon for local production and manufacturing through craft beer, resulting in diverse choices for consumers.