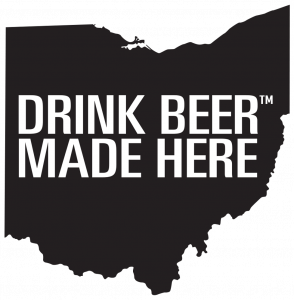 When Penguin City Beer in Youngstown received their brewery permit on May 1, 2019, they became the 300th craft brewery currently operating in the state of Ohio. We’ve seen a stunning amount of growth in the number of craft breweries both in-state and nationwide, with more than 7,000 breweries active across the U.S. at the end of 2018. The numbers are staggering, but it’s the rate of growth that has caught the attention of many onlookers: nearly two-thirds of Ohio’s 300 breweries opened their doors in just the past five years.

So, reflecting on this impressive milestone, what does passing the 300 brewery threshold really say about Ohio’s brewing industry, and what does it mean for the future of craft beer?

Ohio *loves* beer.
Ohioans of legal drinking age consume about 4.9 gallons of craft beer per person every year, which ranks us #11 in the U.S. It’s not difficult for a person to get to that number either, with so many great options all over the state. 60 of Ohio’s 88 counties are home to at least one brewery. Craft beer is not just a big city trend: some off-the-beaten-path breweries in Athens, Holmes, Medina, Tuscarawas and Wayne counties have earned medals at the prestigious World Beer Cup and Great American Beer Festival (GABF) competitions in the past five years.

In total, Ohio craft breweries have brought home 21 World Beer Cup awards and 46 GABF medals since 2014, making us one of the most decorated craft beer states. All the accolades are adding up to some serious attention from beer enthusiasts nationwide: Ohio’s beer tourism industry is booming as travelers descend upon our breweries to taste the world-class beer our state has to offer.

Ohio residents are also criss-crossing the state in search of craft beer. Visitors bureaus and breweries in Columbus, Cleveland, Dayton and Akron have all offered brewery passport programs, encouraging people to visit all the participating craft breweries in their regions. In the past year, passports have also been established for breweries in the Youngstown area, Fairfield County, Licking County and other destinations beyond the big cities. The Ohio Craft Brewers Association (OCBA) also offers a free statewide brewery passport app – Ohio On Tap – that counts 30,000 users drinking craft beer and earning rewards for visiting more than 200 OCBA member breweries.

Competition is good, cooperation is better.
There’s no argument that the marketplace for beer has become a lot tougher with the proliferation of small breweries. Most new breweries set out with a business plan to make a small amount of beer and sell it over the bar direct to customers in their own taprooms. The brewery business isn’t just about making excellent liquid, it’s also about providing a unique experience that goes beyond beer. Customers are looking for authenticity, creativity and a connection to their communities. Independent, local breweries are well positioned to provide that.

Despite the increase in competition, its important to remember that the craft brewing industry’s growth was fueled in large part by a spirit of cooperation; the proverbial rising tide that lifts all boats. It’s borne out in collaboration brews, coordinated charity efforts, and a unified industry commitment to preserving a legal and regulatory environment that will encourage further growth. Fair and healthy competition, free from the undue influence of international conglomerates and restrictive, antiquated regulation, is ultimately good not only for breweries but for craft beer drinkers as well.

The industry is growing up.
A soon-to-be-released study commissioned by OCBA shows that Ohio breweries were responsible for $967 million in economic impact in 2018, a 39% increase over the amount reported in OCBA’s 2015 study. Ohio breweries currently support an estimated 8,341 jobs; compared to the 2015 report, that’s more than 4,600 Ohio jobs created in a three-year span. That includes manufacturing jobs in the brewhouse, sales positions, marketing and finance, business administration and other professional jobs, in addition to front-of-house service positions.

As the industry grows, it also matures. Brewing is technical, precise and potentially hazardous work; OCBA has partnered with the Occupational Safety and Health Administration (OSHA) and the Ohio Bureau of Workers Compensation to establish a brewery safety alliance. This initiative aims to help breweries identify and mitigate safety risks on their premises while educating OSHA inspectors on brewery operations so they can provide informed guidance.

Breweries, like any other manufacturing business, are heavy consumers of energy, water and other natural resources. OCBA’s newly formed sustainability committee is tasked with spreading resources to Ohio breweries to help them increase efficiency and minimize waste in their day-to-day business operations. Ohio’s craft brewers are taking the lead on environmental stewardship, not only in the practices they implement in the brewery, but also in advocacy for government action to protect the natural resources on which we all rely.

In order for craft beer to continue to grow, the industry has made strides to broaden its customer base through active diversity and inclusion efforts. Breweries understand the need to serve their communities, not just a specific niche of the population. This starts by diversifying the brewery workforce, encouraging a wider variety of perspectives in business decision-making. It continues in the taproom, where creating fun, inclusive and safe places for people to gather is a high priority.

It’s difficult to predict exactly what the future holds for Ohio craft beer in an increasingly complex market, but with 300 breweries operating, another 60 or more known to be in-planning, a road map of best practices and goals, and the support of millions of enthusiastic fans, we’re extremely hopeful that the next five years will show even more positive results. Cheers to all of our breweries, the supporting businesses that have also flourished during the craft beer boom and the craft beer drinkers that have driven our industry to this historic milestone!