What makes OCBA events special compared to other beer festivals?

This week, tickets for the 14th annual Winter Warmer Fest in Cleveland sold out a full 11 days prior to the event. A perennial favorite of northeast Ohio craft beer enthusiasts, Winter Warmer is one of three annual fundraising events – along with Six One Pour in Columbus and Ale-O-Ween in Dayton – organized by the Ohio Craft Brewers Association. While there are countless beer festivals that occur in Ohio throughout the year, OCBA events are the only ones where 100% of the proceeds are used to promote, protect and unify Ohio’s craft brewing industry.

As the first of a new feature on our blog called We Asked Five Brewers, well, we asked five brewers what gets them excited to participate at OCBA events and what makes them special compared to other beer festivals.

We see many of the OCBA festivals as opportunities to put our best beers in front of our most passionate fans and customers. We consistently see some of the same patrons year after year, and I think we look forward to seeing them just as much as they look forward to seeing us and our beer. Anticipating such a knowledgeable and passionate clientele certainly motivates us to put our best foot forward. The OCBA events give us great opportunities to not only see our brewer friends, but also taste each other’s beer and celebrate each other’s hard work. Each time, I leave impressed and motivated in some way.
Tony Corder, director of innovation, Columbus Brewing Company 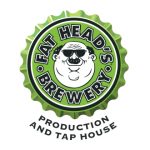 Participating in OCBA festivals across the state of Ohio is definitely one of the highlights each year at Fat Head’s. Being able to be in a room of all Ohio craft brewers is an invigorating experience that lets you see just how great the brewers here are.  Everyone brings the best of their best and the number of prominent and interesting people in the room is at an all-time high.  It is an experience above and beyond what you will see at a traditional beer festival and a true honor to be a part of each year.
Sara Cleary, regional sales manager and OCBA board member, Fat Head’s Brewery

It almost feels like there is a new beer fest popping up every week. As a brewery, we want to participate in the festivals that will help us share our beers and brand, but we also want those festivals to cater to the craft beer community. The events held by the Ohio Craft Brewers Association feature only beers created by independent Ohio breweries. The people who attend are passionate about craft beer. They know if they attend an OCBA event they will have the opportunity to talk to the brewers and you are guaranteed to find some of the one-off specialty whale beers that you won’t find at other fests. We love attending the events hosted by the OCBA because know we will get to connect with some of the best craft beer people around.
Carmone MacFarlane, co-owner and founder, The Phoenix Brewing Company

There’s a higher level of pride across the brewers and breweries because “It’s our guild,” promoting the greatness of Ohio beer and our Association while raising money for our guild. There’s a greater sense of community among the brewers because of the OCBA backing/involvement. Our events have a different feel than those put on by the outside world, a greater sense of collaboration vs. competition. I would also say higher level of quality because of the people who participate from the breweries. More owner/high level team member involvement leads to a more unique experience for the attendees.
Nick Bowman, co-owner and founder, Warped Wing Brewing Company 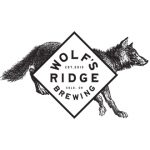 Every year seems to bring new festivals which are only added to the already long list of events breweries are asked to send beer to. OCBA events are different. Each festival has a unique feel to it, and because the brewers are engaged, you tend to see better beer lineups, brewers and owners behind the booths, and a more fun and inviting atmosphere. You won’t find a better crew of volunteers, most of whom return to work the same events year after year. This is extremely important, because most consumers, realize it or not, are more likely to interact with a volunteer at a beer fest than with a brewery employee. The knowledge, skill, and personality of the volunteers will make or break a fest.

My absolute favorite event of the year is Winter Warmer. Despite our small size, Wolf’s Ridge always signs up at the highest sponsorship level because it means we get to pour more brands of beer for the attendees. I love wowing the crowd with some of our rarest creations and hope that our actions encourage other breweries to also bring their “A” game. I want to encourage a level of one-upmanship between breweries at OCBA events, because in the end the consumer wins when we do that. To this day, I get asked about beers we’ve brought to the Winter Warmer only once, years ago, by attendees. What that tells me is that the attendees are actually paying attention to what they drink and that they return to the same event every year. In an age of being able to find more festivals than there are weekend days in the year, seeing repeat business is extremely telling about the value associated with an OCBA event. I couldn’t think of a better endorsement than that.
Chris Davison, head brewer, Wolf’s Ridge Brewing